A well-known mobile marijuana party bus operating out of Denver, Colorado was torched in an apparent act of arson last week, leaving the business owner and the local cannabis community shocked, dismayed, and utterly confused.

According to The Rooster, Ryan Skidmore, the owner of the “Dab Space Station” party bus in Denver, woke up early on November 4th to see his custom painted bus engulfed in flames. Before he got outside with a fire extinguisher, firefighters were already on the scene putting out the blaze.

Initially, firefighters predicted that the fire had started from an issue with faulty electrical wiring. But when Skidmore returned to the vehicle after first responders had left, he discovered a few telltale signs of arson, including two molotov cocktails that didn’t explode tucked under the seats. 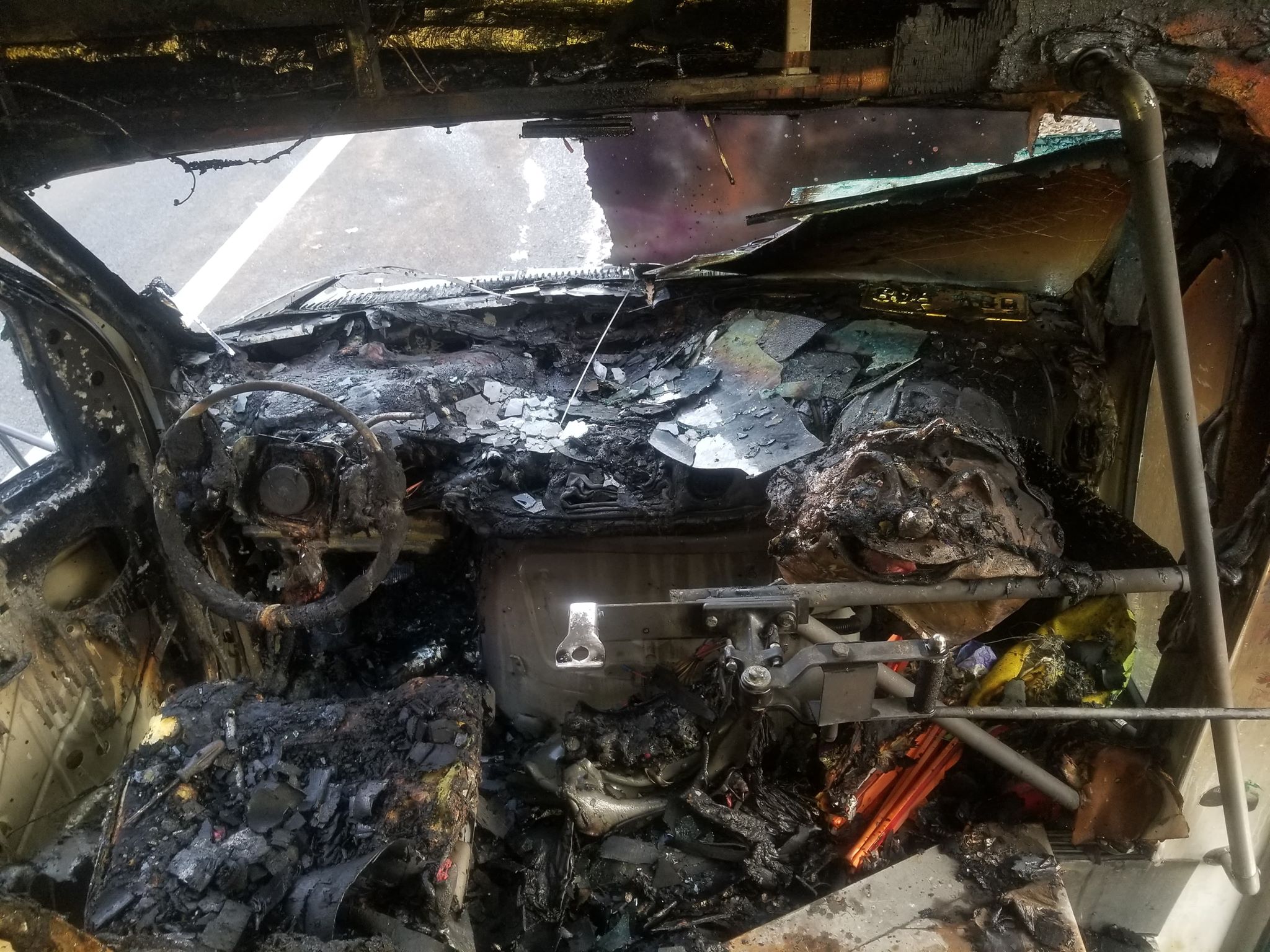 “This was just a private area for people to come and smoke. Like, it was just that party bus dab bus that everybody knew of and loved… or, that I thought everyone loved,” Skidmore told The Rooster. “When I looked inside the driver’s seat, there was a screwdriver and a pole like a bar. Basically, signs of forced entry. And then, there were the bottles down on the floor.”

Skidmore told both the police and reporters that he couldn’t think of any enemies that might have had it in for him or his business, and noted that nothing had been stolen from the vehicle before the flames were sparked.

“From everybody that I’ve talked to, we are all in good standing,” Skidmore said. “So I don’t know anybody that doesn’t really like me.”

But regardless of the reason for the seemingly-unprovoked arson, Skidmore isn’t going to let the firebomb get in the way of his business plans. The mobile entrepreneur has already started a GoFundMe campaign to recoup some of his lost cash, and has begun looking at listings for new buses. And when a new vehicle eventually emerges from the ashes of his previous party bus, Skidmore already knows what he’s going to call it.

“I’m going to be renaming the next bus the Phoenix because I’m going to rise above the ashes,” Skidmore said. “Nothing’s going to stop me.”