The U.S. Postal Service (USPS) is rolling out a new stamp design that pays tribute to 1980s-era drug prevention programs and promotes a “drug-free USA.”

The stamps, which will go on sale starting in October 2020, were announced at the conclusion of this year’s Red Ribbon Week last month, an annual occurrence first launched under the Reagan administration.

“This Drug Free USA Forever stamp will help further raise awareness about the dangers of drug abuse, and the toll it is taking on families and communities around our country,” Robert Duncan, chairman of the USPS Board of Governors, said in a press release. “The Postal Service is glad to do its part in marking Red Ribbon Week, and renewing our commitment to helping these efforts to educate youth about the dangers of illegal drugs.” 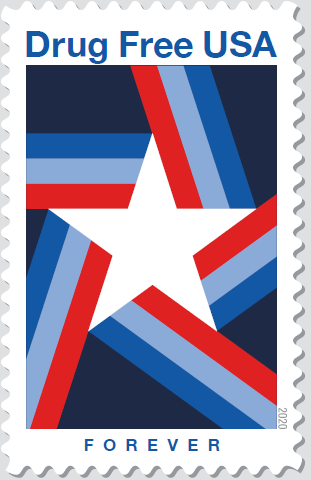 USPS explained that Red Ribbon Week originated after a Drug Enforcement Administration (DEA) agent was tortured and killed in Mexico while investigating drug traffickers in 1985.

“I am very pleased that the U.S. Postal Service will issue a stamp affirming our commitment to a drug-free America,” DEA Acting Administrator Uttam Dhillon said. “This stamp will help raise awareness of the fight against drug addiction and honor those who have dedicated their lives to that cause.”

A description of the design states that the stamp “features a white star with lines of red, light blue and blue radiating from one side of each of the star’s five points, suggesting the unity necessary at all levels to effectively address drug abuse.”

USPS isn’t applying anti-drug messaging to the cannabis component CBD anymore, however. In September, the agency clarified that hemp-derived CBD products can be mailed under certain circumstances since the crop and its derivatives were federally legalized under the 2018 Farm Bill.

For those with mailing needs who aren’t interested in supporting the notion of a “Drug Free USA,” USPS does have another stamp that recognizes the 50-year anniversary of the drug-fueled 1969 counterculture music festival Woodstock. 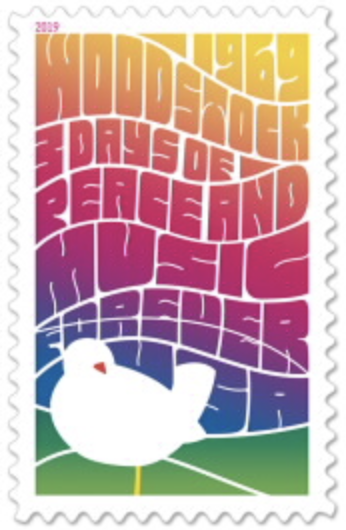 The stamp “features an image of a dove along with the words ‘3 DAYS OF PEACE AND MUSIC,’ evoking the original promotional poster for the festival,” USPS says.

Another option is a John Lennon Forever stamp, celebrating the iconic Beatles member and marijuana enthusiast who famously got “high with a little help” from his friends. 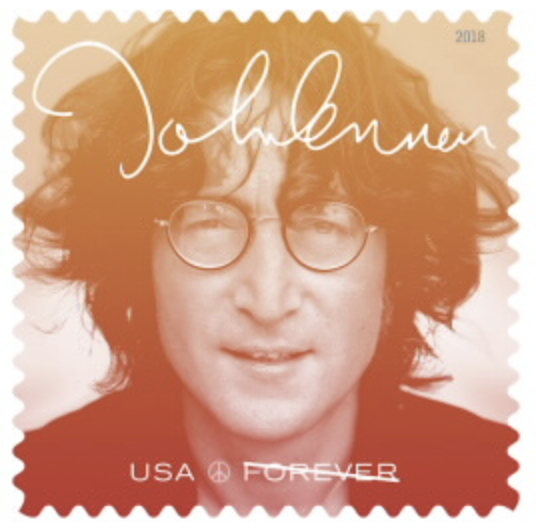 “Still beloved around the world, Lennon’s music remains an anchor of pop radio and continues to speak for truth and peace,” USPS wrote.